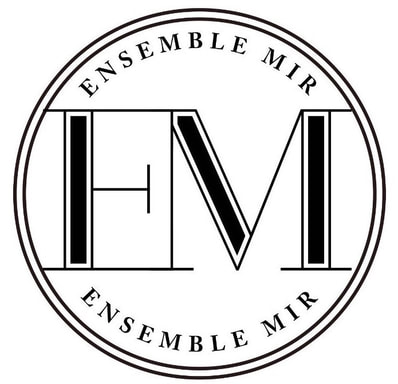 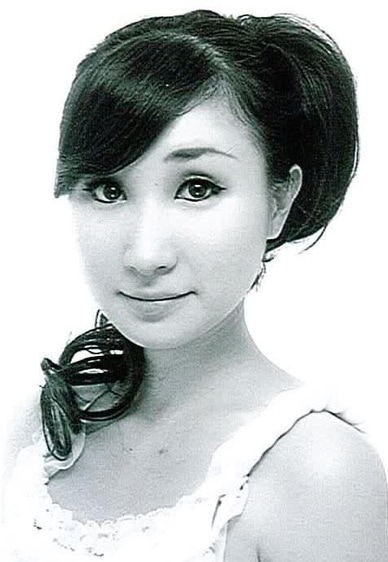 Mutsumi Watanabe was born in 1986 in Shizuoka, Japan. When she was 13 years old, she started to play the clarinet in junior high school. During her study at the conservatory of the Tokoha Gakuen Junior College, she studied under Yukari Yamanaka and Keiichi Hashizume. With success, she finished with an honorable mention (Honor Price). She won the 5th prize at the 17th Japanese Classic Music Competition when she was 21 years old. From September 2010 to June 2014, Mutsumi studied at the Codarts Rotterdam Conservatory under Nancy Braithwaite in Bachelor of Music and since September 2014, studies in Master of Music in the same conservatory. Since 2011 to 2016, she also took a part in the Rotterdam Philharmonisch Codarts Orchestra Academy and she is one of the members of the trio MIR. In March of 2014,Trio MIR made it to the finals of  "de Grote Kamermuziekprijs'' in de Doelen. In 2016, she was chosen for a soloist and played with Codarts Symphony Orchestra in de Doelen.
She participated in the masterclasses of Yuji Murai, Cristo Barios, Jose Luis Estelles, Michel Lethiec, Charles Neidich, Evgeny Petrov, Eric Hoeprich, Yehuda Gilad, Julien Hervé, Pascal Moraguès and private lessons of Karl Leister.
In the season 2014-2015, 2015-2016, 2016-2017, she played with Rotterdam Philharmonisch Orkest as ręmplacant with Yannick Nézet-Séguin, Jaap van Zweden, Antonio Méndez, Manfred Honeck, Hans Leenders, Stéphane Denève, Andrey Boreyko, Stanislav Kochanovsky. 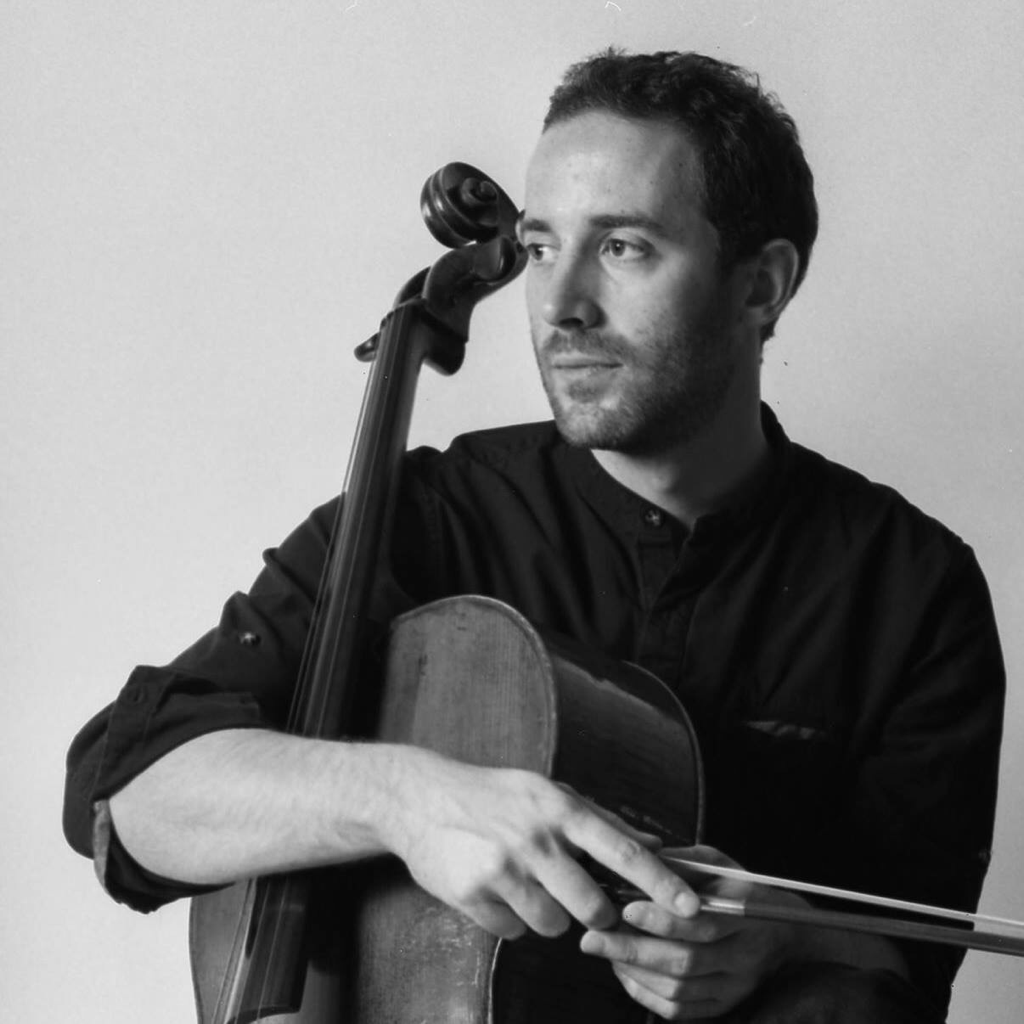 Alexis Bove, born in Paris in 1987, started to play the cello at the age of four with Marie-Claude Douvrain. Then, at 13 he entered the regional conservatoire of Saint-Maur in the class of Pascal Jaupart, and Christophe Oudin where he got first prize in excellence degree in cello, in chamber music with J-F Ballèvre and Thierry Brodart,  as well as in sight reading. At the same time, he joined the “Naïri” string orchestra, conducted by Haïk Davtian as full time cellist in 2005 with who he played during 5 years performing Armenian folk music as well as traditional classical repertoire for Chamber orchestra. In 2010 he entered the class of Michel Strauss and Jan-Ype Nota at the Royal conservatoire of The Hague, in The Netherlands, where he got his Bachelor degree in 2014 and his Master degree in 2016.
Besides of his studies, Alexis took part in many master classes with such musicians as Marc Coppey ( académie de Nice), Henri Demarquette and Peter Croppers (académie Maurice Ravel), Amy Flamers and  Michel Michalakakos (Biarritz academy), Philippe Graffin, Harro Ruijsenaars, Jean-Bernard pommier, and Marie-Paul Milone.
At the same time, He participated into Erasmus intensive Impro master-classes with eminent musician as Ernst Reijseger, Anton Pet, Karst de Jong, Vincent Le Quang, Hervé Sellin which open him to the world of improvisation, discipline he is still exploring within traditional folk styles (Romanian, Armenian) and free improvisation. 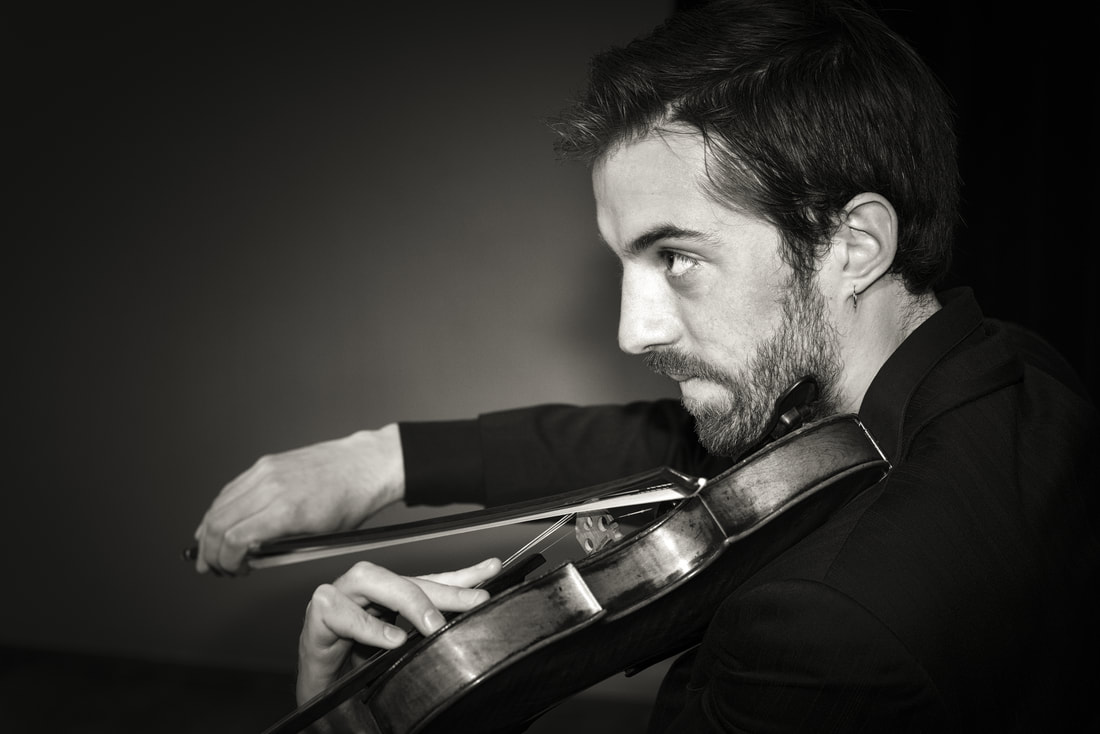 Born in 1990, Ioan Haffner began to play violin at six graduating from the Créteil Conservatory, CRR de Boulogne Billancourt and CRR de Paris. In 2010, he joined the class of Olga Martinova at the Rotterdam Conservatory where he completed a Master in Classical violin.
Besides the classical repertoire, he is particularly drawn to modern and contemporary music, playing Schoenberg, Stravinsky, Bartok, Ives, Schnittke, Berio, Crumb, Messiaen, Hindemith… His curiosity led him to explore fields of new music premiering young composers, but also tango, jazz, world music…
Winner of Fontys Competition in Tilburg and Finalist of De Grote Kammermuziekprijs in Rotterdam.
In 2011, he founded the Ensemble MIR and joined the band Voodrish (http://vdrsh.bandcamp.com).
In 2013/14, he played with the Ensemble International Musiké with soloists such as Jean Bernard Pommier, Natalia Gutman, Olga Martinova, Henri Demarquette, Gabriel Lacquer. He also played with the North Sea Jazz festival orchestra with musicians such as Ibrahim Maalouf, Jamie Cullum, E.S.T. Björn Trio. In 2014 he was soloist of Alfred Schnittke’s Concerto Grosso and the Codarts Chamber Orchestra conducted by Patrick Ayrton. He plays regularly with the Metropole Orkest, Amsterdam Chamber Orchestra, RE:orchestra, Crescent Double Quartet, Dordts Kamerorkest, Kamerata Stradivarius Orkest, Camerata Rotterdam.
​From October 2014, he is first violin of AKOM Ensemble (http://www.akomensemble.com), contemporary music chamber ensemble premiering young composers.
From October 2019, he pass with the success the audition for joining the Sinfónica de Galicia where he performs as a second violin tutti.
Ioan Haffner gave concerts in the Netherlands, France, Morocco, Spain, Portugal, Switzerland, Greece, Japan, China, America, Australia, New Zealand. 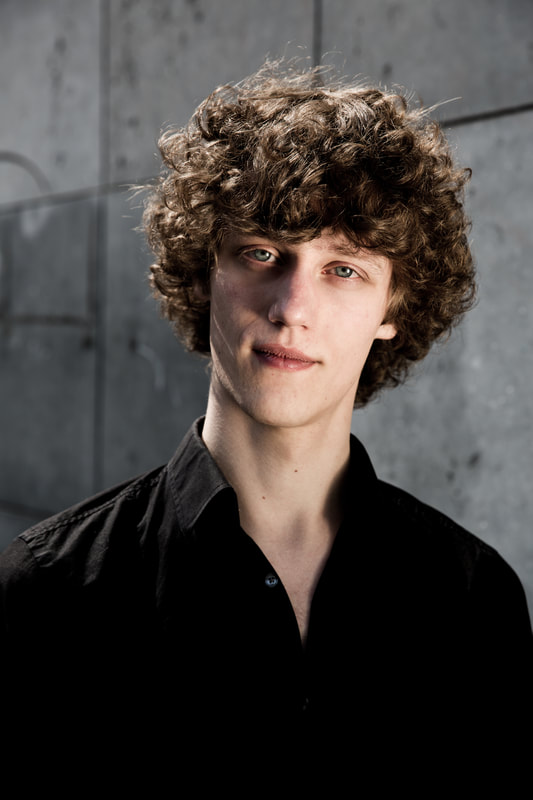 Rutger de Ronde started to sing at the ‘Zeeuwse Koorschool’ at the age of 4, where he also started to play the piano at the age of 8. He received his bachelor diploma at the conservatory of Rotterdam (Codarts) studying with Bart van de Roer. Preparatory classes where received at the ‘Zeeuwse Muziekschool’ from Henny van Eersel. During his studies at the conservatory of Rotterdam he started to explore the different sides of a pianist; the love of chamber music and song accompaniment. As pianist of Ensemble Mir he played in different formations, visiting and performing in The Netherlands, Belgium, Germany, Switzerland and Japan. He also works with many different singers and performed repertoire of Beethoven, ‘An die ferne Geliebte’, Schubert, ’Swanengesang’, Ralph Vaughan Williams, ‘Songs of Travel’, Fauré, ‘L’horizon chimérique’. Since November 2017 Rutger became the repetitor of the COV Goes. With the help of Codarts, Rutger performed in masterclasses of Rudolf Jansen, Jean-Bernard Pommier, Hardy Rittner, Michel Lethiec, Michel Strauss, Stefania Passemonte en Aleksandr Semetsky. He is currently under the guidance of Cécile de Grijs.